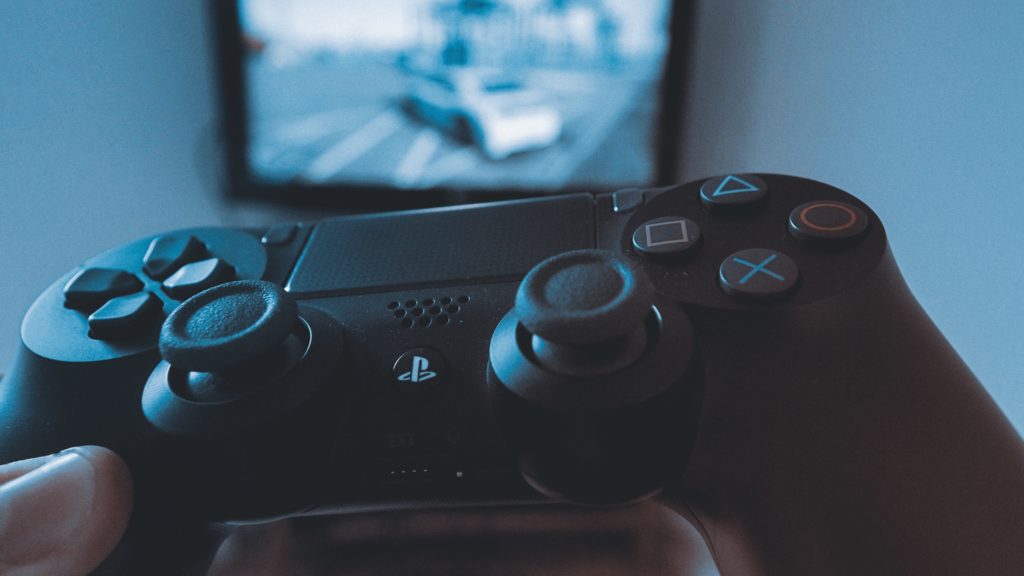 Metaphorically, the gaming market is like the Wild West during the Gold Rush. Many have heard of successes, few have heard of failures, and fewer still know what they depend on and how to achieve or prevent them. Our help as marketing specialists is largely based on applying marketing theories to the very unique needs and nature of the gaming market. We translate the experience of the greatest proven theories and strategies into Polish games with the ambition to conquer the world. In more than 15 years of working for an agency that served dozens of clients doing marketing in all kinds of industries, I have never met another sector as interesting as game dev. Not only because it is built on passion (games) but also because of its nature, both business- and communication-wise.

Why is Polish business so focused on game dev?

Game dev, i.e. the game development industry, is one of the top branches of our economy. While this may seem like an overstatement, I personally heard those words from a highly placed specialist in the Polish economy. And indeed, if we were to introduce ourselves as Poles at a large economic conference, what would be the thing to mention to set our country apart? Heavy industry, the energy sector, services, food? We have had global successes in each of these areas but these industries as a whole are hardly in the world’s top flight. When it comes to programming and gaming solutions, on the other hand, we can definitely say that our products have been regularly recognised internationally for years. Especially since the world of gaming stands out for a wonderful trait – no boundaries.

Every universe is created individually in a space that is untethered from any specific territory so that it can then be installed and visited by anyone, whether in Poland, the US, Tajikistan or Mozambique. The important thing is to ensure no technical, linguistic or cultural barriers (so that the context of the game is clear and appropriate). Most games are released in English, with the hope that they are well received all across the world.

This is one of the main good practices; while the production cost with a global approach is nearly identical as with a dedicated game released into a local market, the consumer potential is dozens of times greater. This is why most Polish developers, even the smallest titles, aim to sell globally.

The most common myths about Polish game dev:

Polish game dev is in the world’s top 20.

The whole world knows major game titles such as The Witcher and Cyberpunk. However, apart from these obvious choices, there are many more products out there. According to the 2021 Game Industry Of Poland report, there are nearly 500 game development studios in Poland and more than 12,000 employees in the market who release nearly 600 games that bring in almost €0.5 billion every year! This puts the Polish gaming market in the world’s top 20 with a value of over $924 million. According to estimates, its value may already exceed $1 billion in 2022; we keep our fingers crossed and have a feeling it will!

To sum up, we have many specialists with know-how about game development, and our country ranks high in the world. What naturally comes to mind, then, is to release a game; with experts on board and an idea, what can go wrong? This is where the plot thickens.

Every game is like an entertainment show; one will appeal to the audience and become popular despite its simple premise while another, even a well-funded one, will go down as a flop. Behind a success is not only an idea and technical preparation but also so-called hype in the community, which will wait for the title for months before release (e.g. Ultimate Hunting by 3T Games, which we have the opportunity to communicate, already has 18,000 active fans despite having no trailer ready). The market is full of great ideas for games; unfortunately, it sometimes turns out that once they are released, the sales are far from expectations, i.e. much poorer.

What determines the success or failure of a game release?

If the game itself is good, will it live up to the hype? No.

Will a mediocre game with great marketing sell well? No.

The trick is to understand the relationships between many areas. You can revert to the marketing classic, the 4Ps, where (in a nutshell) applied marketing is divided into:

Remember that marketing is all the 4Ps and not just promotion. It is an interlocking system.

How the relationships between individual marketing “Ps” work as illustrated by game marketing:

A client of ours had a good VR game, with simply glowing reviews of both the demo and the end product. So we prepared a promotion campaign where the community grew, became active and actively waited for the game. Unfortunately, about two weeks before the release, it turned out that the game would not be available on an important platform, Oculus. It was too late to put off the launch, especially since it had already been delayed and there was no room to erode trust with another postponement. The client decided to launch the game and simply release it to the second platform at a later time.

The result? On the release date, most questions were about whether and when the game will be available on that second platform. Despite promotion, sales did not meet the expectations and there was simply no point in promoting it. The lesson is simple: a great product with good promotion will fail if gamers (consumers) face the barrier of not having the right hardware to play the game. Hardly any game can convince thousands of people to go to the store and buy hardware for a single game because they would have to spend a few thousand zlotys on top of a few hundred zlotys on the game alone.

If the game is made with honesty, i.e. created from the very beginning by passionate people who have the know-how and the drive, drawing on the best from the competition of existing games, the community appreciates it. We have a game (Ultimate Hunting) where the high level of expertise of its creators (an experienced team working on the best games and passionate experts in wildlife and hunting at the same time) earned it an avid fanbase even though the game has not been made yet. And this is not because of the popular industry trick of making a nice trailer that promises wonderful and rich gameplay that later turns out to be something else and below par. In this case, the trailer has not been made yet! Here, the game is being developed and the finished elements are revealed step by step. Also at play is the active impact of the community being involved in and privy to choices regarding the content of the game.

The result? With over a year of social media communication, the game without a trailer already has 18,000 fans worldwide on Facebook alone. These are not just “dry likes” but people who demonstrate their engagement with a high degree of interaction. Everything happens organically thanks to a strategy of building marketing and communication step by step, hand in hand with developing a top-level game. Naturally, both the creators and we know that the real trick is to end up with as good a game on the day of release but so far it shows potential despite a minuscule promotion budget.

If we have a good product, i.e. a game based on a good and compelling premise, with visuals and music created by the best production specialists and renowned artists. That was the case with Growing Up. There was very little time to promote the game, only two months before the release. In addition, we relied on nothing but organic, strategically planned communication. In the end, we had hundreds of active people on social media and thousands on Discord who had the potential to (and in many cases did) turn into fans. The sale took off, so much so that the first person let us know they finished the game on our Discord channel in just over three hours! The potential was so great that with any additional promotion, we believe it would have sold millions of copies like its Chinese equivalent, Chinese Parents. However, what we managed to make popular and sell after two months of support prior to the release and one month after with organic communication alone shows that it is possible, provided you think through the game and communication.

There are hundreds of Polish games, and expectations and hopes for their success run into seven digits. The cases above are just the tip of the iceberg based on our own experience. The conclusion is simple: while everything is possible, it is worth not only thinking about the game itself but also preparing a plan for the other three “Ps” so that marketing forms a complete system that will drive the worldwide success of yet another game from Poland.

Managing Director at Next Level Agency, one of the fastest-growing gaming marketing & esports agencies. He has more than 16 years of experience working in the marketing industry. Before taking the helm at Next Level, he supervised award-winning marketing project teams for over 10 years. He developed one of Poland’s leading and pioneering gaming marketing divisions, Mediacom Beyond Advertising. An active member of the IAB, he co-authored an e-book entitled “Przewodnik Content Marketingu” (A Guide to Content Marketing) for IAB Polska and co-organised the Esport & Gaming Forum. With a variety of local, regional and global projects, his portfolio includes markets that are complicated in nature such as America and Asia.